Children
Our games are not intended for children under the age of 13.

Third Party Services
Our games may include third party ad serving and analytics technologies that use certain methods to collect information.

Mobile analytics services allow us to better understand the functionality of our game on your device. This service may record information such as how often you use the application, the events that occur within the game, aggregated usage, performance data.

If you click on any advertisements through our games, the advertisers may use cookies and other web-tracking technologies to collect data. Some of this may be personal information, and some of it non-personal information. We recommend that you review the terms of use and privacy policy for any advertiser with whom you are interacting before doing so. You may also visit www.networkadvertising.org/choices/ to opt out of interest-based advertising.

Policy Updates
This Policy may change from time to time. The most current version of our Privacy Policy can be found at LINK. We will always keep this up to date so that you know what information we will collect from you, how we may use it, and when we may disclose it.

For my next project, I will integrate level system to Catch. Gameplay will be same as in Catch, player taps right or left side of screen to move the hook. Each level will have some kind of puzzle to solve or will make the user to think carefully before playing. I will be coding the game with Cocos2dx library, as I did not get the performance I expected from Unity3D. Also, I believe it will decrease the size of the game quiet a lot. I hope to get it done in a month, but nothing goes as planned, right (lol)? Anyway, that's all there's to it right now, thanks for reading. Don't forget to check once in a while to see how my new project goes!
Posted by Frantic Eyes at 2:51 PM No comments:

Hi guys ! I have released the game on Google Play. Hope you like it ! 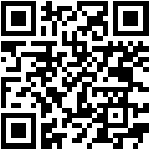 Posted by Frantic Eyes at 11:10 AM No comments:

A new game is coming soon.. Stay tuned !
Posted by Frantic Eyes at 7:00 AM No comments: 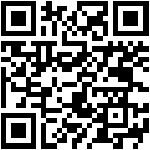 Posted by Frantic Eyes at 8:38 AM No comments:

Well, it's been a long time to update the blog. I haven't worked on Archery Rage for a long time, since I had an idea for another game and worked on it. It's another android game project, which I will start to post about it after I finish Archery Rage.

There are a few changes that I made on Archery Rage, such as adding leaderboard and changing achievement system using Google Play Game Services. Hopefully, I will have time to finish both of the games as soon as possible. Archery Rage seems close to be finished. Only tests and preparation for Play Store remain. That's all folks, thanks for reading !
Posted by Frantic Eyes at 8:21 AM No comments: